Menu
Let’s talk about a segment of running shoes with a bit of controversy, mostly because … what are mixed shoes? If we had to define them, we could say that they are shoes halfway between training shoes and competition shoes, that is, with which you can train at fast paces or compete if the pace is not going to be of those of get to “fly low” but also let them roll a lot of kilometers at sustained medium rhythms, which have not much cushioning or little, but an intermediate amount; that respond and muffle almost equally; that are not very flexible but do not have the rigidity of flying, … In short, they cover that large gray area between the large segment of the training shoes and the faster shoes, which sometimes makes it difficult to define which shoes can be classified as mixed. Depending on your profile as a runner you can get more or less performance: the agile runners with good technique can use them in some cases almost as shoes “for everything” while someone with worse technique can use them as fast shoes, as a first step beyond that of the training shoes. In general, the mixed shoes are pure versatility, a kind of “Swiss Army knife” that should be very present in our minds when it comes to making our “kit of shoes” because, some more and some less can get a lot of play, especially at the moment, all the brands have been developing extremely complete models, capable of offering at the same time cushioning and response, very light, with uppers that mimic the foot, … If not, take a look at the list that we propose below with some of the best mixed shoes of the moment, grouped by brands and presented in alphabetical order since it would be almost impossible to try to sort them according to whether they are better or worse and That depends on who will use them and how they will use them. If you miss any you can always check the full list of mixed running shoes we have available for you at Runnics.

The Adidas Adizero Boston 6 is one of the stereotypes of mixed shoes, one of those that could be used as a model of how a shoe should be in this segment. In the sixth version, the balance is almost perfect and offers a dynamic sublime tread, with a very pleasant cushioning in the heel, a tread transition tremendously fast and a lot of response. So much power would not make sense without a Continental rubber sole that clings to any surface, whether dry or wet. The upper is a delight, soft, breathable and with a firm grip so we can run with them as fast as we want. Some of the queens of the category, without a doubt. 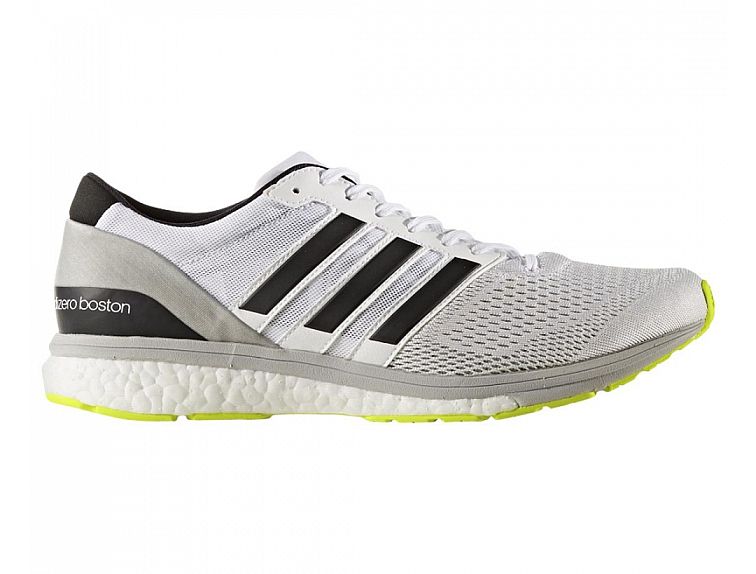 Although are a little bit in the shadow of their sisters, they are not only at a great level but, for some, they can be even better. And I do not mean only the runners who need some support (to those it gives them very good service thanks to the greater density of the midsole on the inside) but I also say it for those who want mixed shoes something more docile than the Adidas Adizero Boston 6. That’s where the adidas Adizero Tempo 9 take all their magic since they are equally valid for neutral runners or pronators, offer a little more packaging, cushioning and stability and that is much appreciated when someone is thinking of mixed shoes for medium runs or long or, why not, to compete in half marathon and marathon. 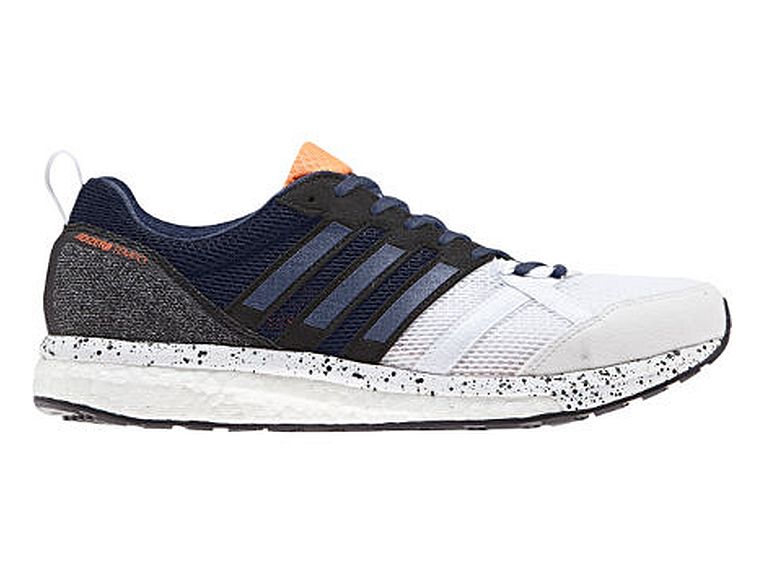 The Asics DS Trainer 23  are the deans of the segment, the most veteran with no less than 23 generations in their family tree. Rare is the runner who has not had any of their versions or who, at least, has not considered them ever as partners of fatigue. Balanced, subtle and effective support, tremendously good fit, solvent, durable, fast while rolling, … one of the most purist mixed. There was a time when they were also in neutral version (they had “NC” in their name) but Asics realized that the standard version is as good for neutrals as for pronators so they are only in the supported version. 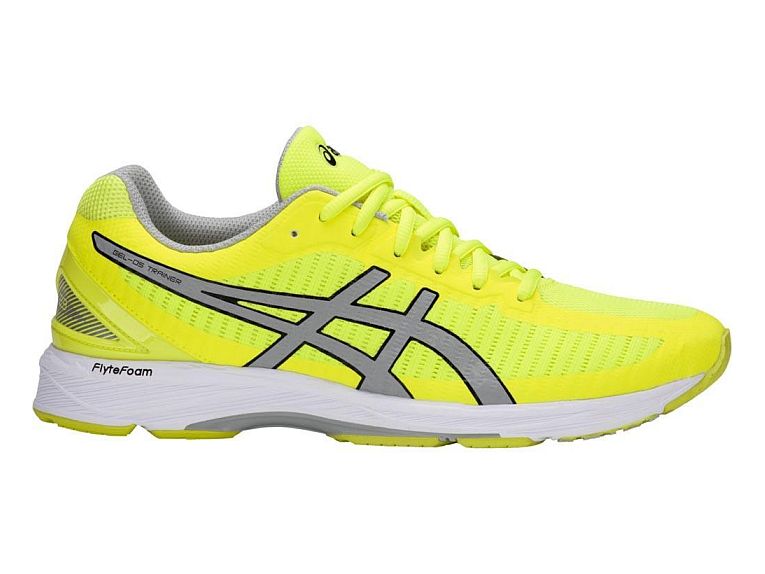 Second generation of the “FlyteFoam era” of one of the most colorful shoes on the market, the Asics Noosa FF 2 are some of the most representative of the triathlon shoes that, with a few small changes in the upper part, want to win again the audience they lost initially after the great change that marked the step of the Noosa Tri 11 to the Noosa FF. 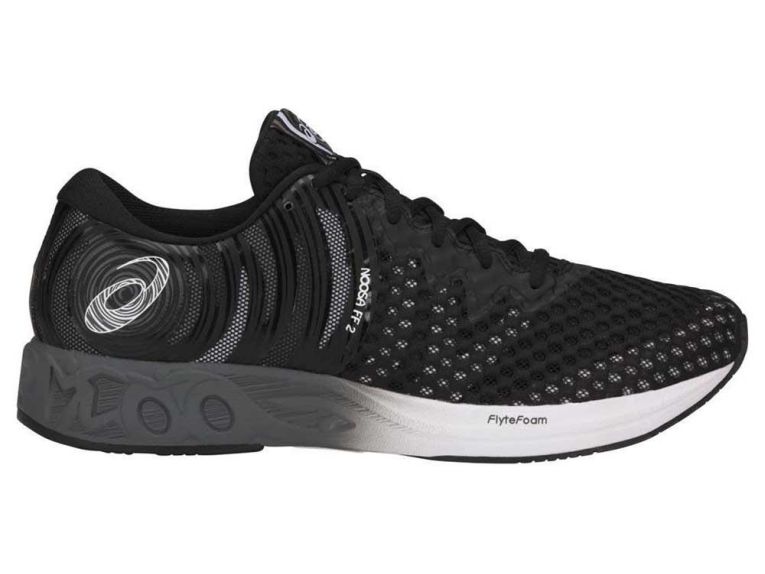 The new version of the Joma R-4000 Marathon New is a mixed shoe rather than flying as the brand calls it, but regardless of the nomenclature on paper, the reality is that they are running shoes that go best at average rates, ideal for long distances for those who need mixed shoes relatively docile, wide in last, with a lot of base and that hold many kilometers 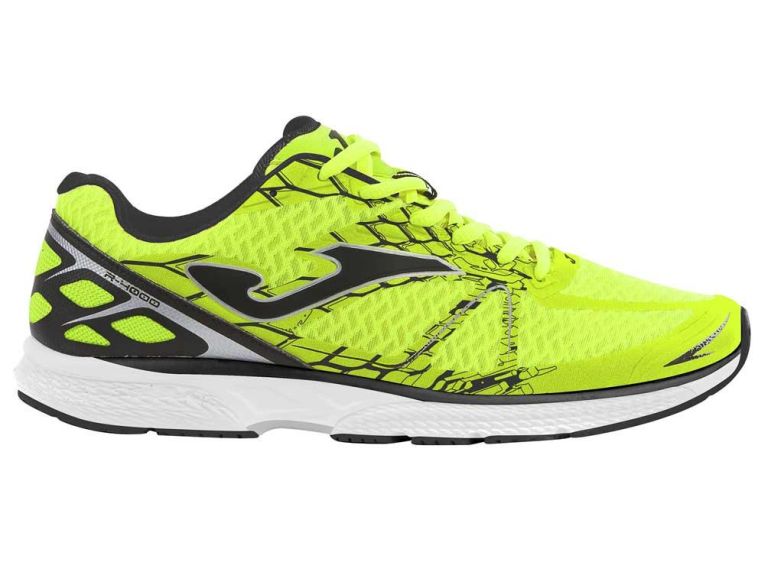 The Mizuno Wave Shadow are one of the most talked about shoes after the summer, not only because they replaced the Mizuno Wave Sayonara 4 but because they offered a very good set, with a broad, very soft upper, responsive touch as well as gentle, … and, on top of that, the drop was reduced a bit, something that was lately demanded of Mizuno. Very good also for triathletes. 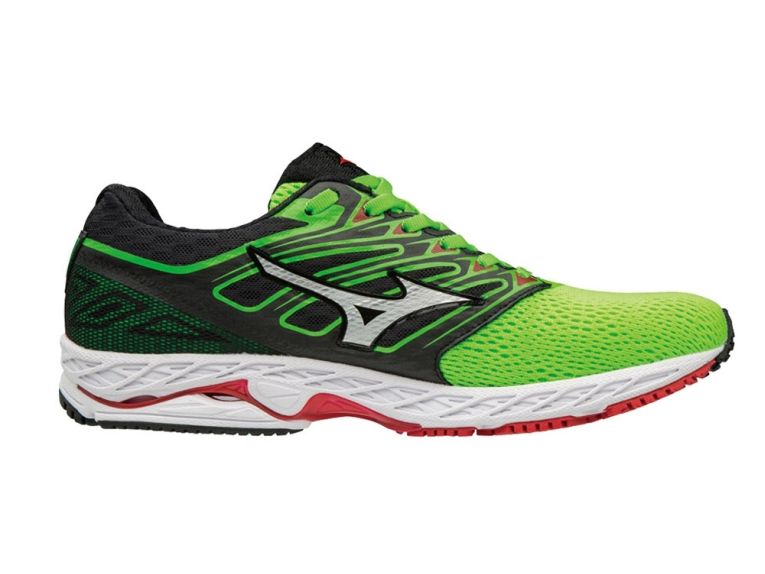 The Mizuno Wave Catalyst 2 are another of those mixed of classic cut, austere, serious, … and I do not say it by the design, that is spectacular but by the sensations that offer. They distill forcefulness on all four sides, firm touch, effectiveness, … In this second version, with a touch-up on the upper and a slightly softer footbed, they have improved just enough to win over those who were still a bit reluctant to take them for their strength. 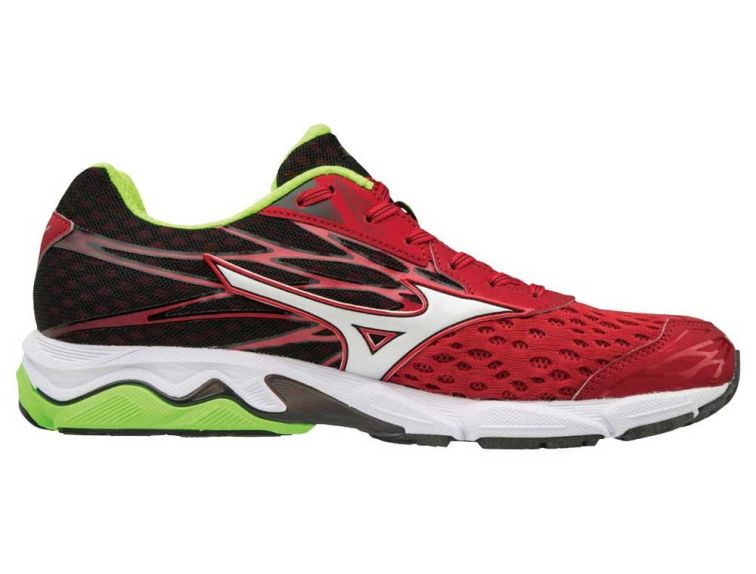 The New Balance 890 v6 return as the prodigal son, something changed because now they are more rolling and forceful but they intend to return to reign as one day did their predecessors. Relatively close to the training shoes, they offer all the character of mixed sneakers with the philosophy of the New Balance NBx series. They will delight anyone who wants to put them on. 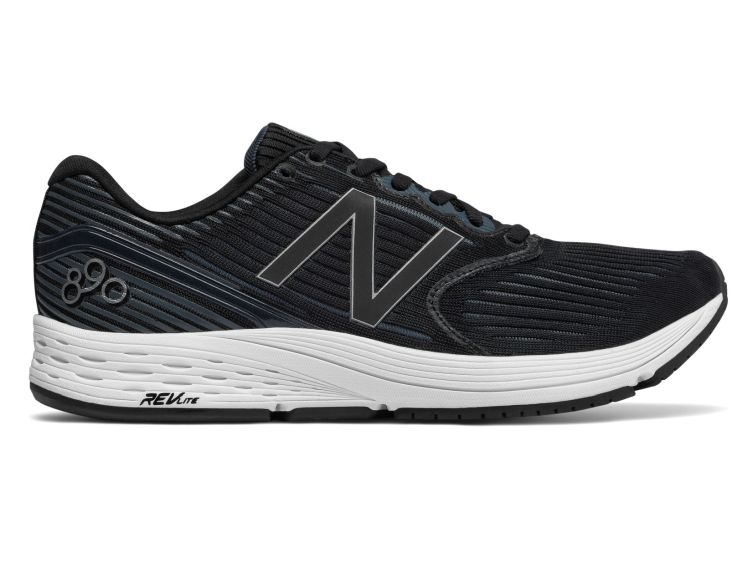 The New Balance Fresh Foam Zante v4 have been one of the big hitters of the last years, they entered like an elephant in a china shop and, in spite of touching the perfection, they have been able to be improving version after version. More stable, with more packaging and, now, with an upper with HypoSkin it becomes complicated to put defects. Tremendously versatile, I do not know anyone yet who has not done well. 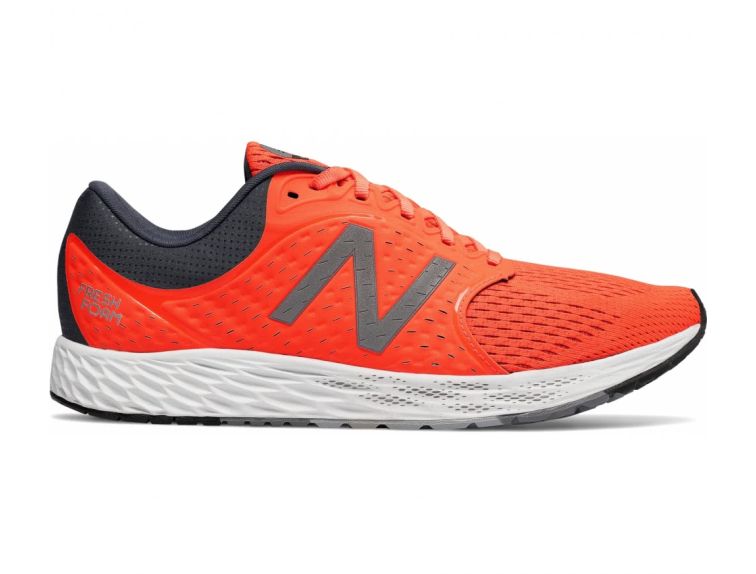 The New Balance FuelCore Rush v3 have been reinvented for the third time and it seems that in this third generation they will stop being in the shadow of their sisters and reveal themselves as one of the surprises of the New Balance catalog. Fast, agile, cane, … many of the Team NB athletes use them for when they want to put cane in training so, are not going to go well to those who run simply for pleasure? 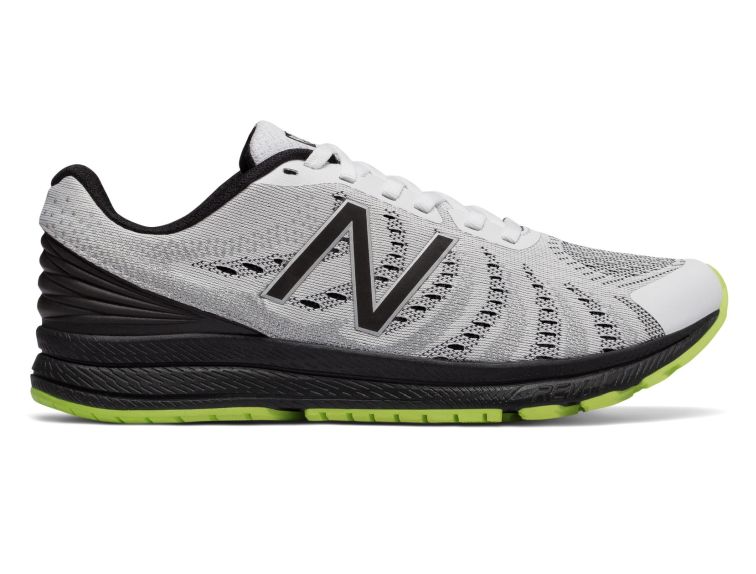 The BOA closure is fashionable and New Balance included it for the first time in the New Balance FuelCore Sonic v1, shoes designed by and for the triathlon: upper thin, seamless, soft, short, flat, with a broad length, … 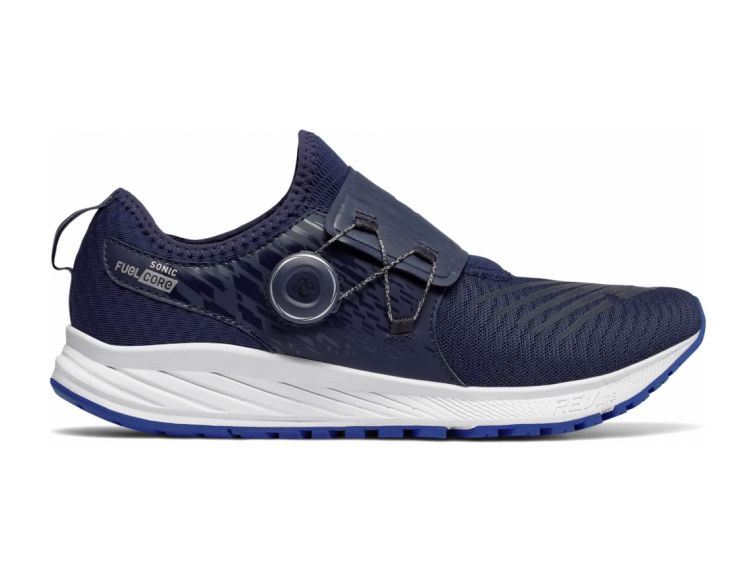 If you do not like the BOA closure and you want a traditional tie but with the sensations of the first Vazee, try the New Balance Vazee Breathe v2 which, as I always stress, is not just a “summer” shoe. Firm, responsive, flexible, hyper breathable, … one of the surprises of the summer of 2017. 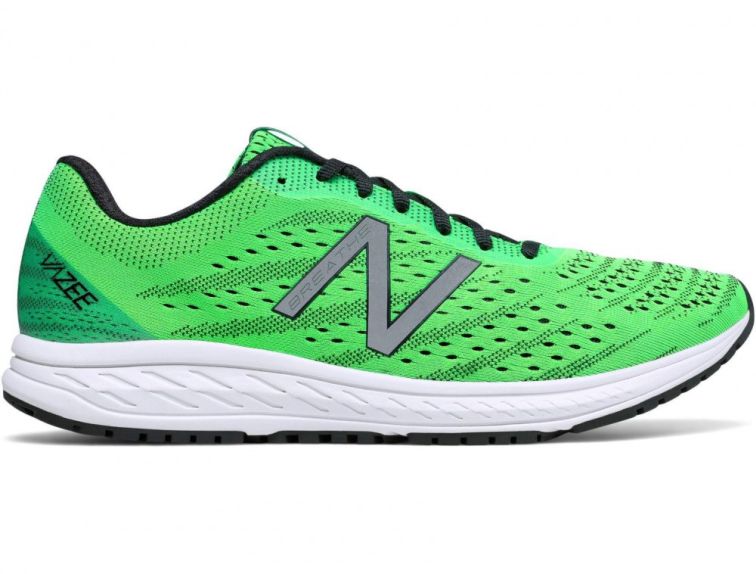 New Balance could not leave the pronator corridors abandoned and, in fact, with the New Balance Vazee Prism v2, enormously evolved with respect to its first version. More cushioned, upper with better fit and more pleasant, so rolling or more, very fast dynamic of the tread, … and as good for neutrals as for pronators. One of the diamonds in the rough of this brand’s catalog. 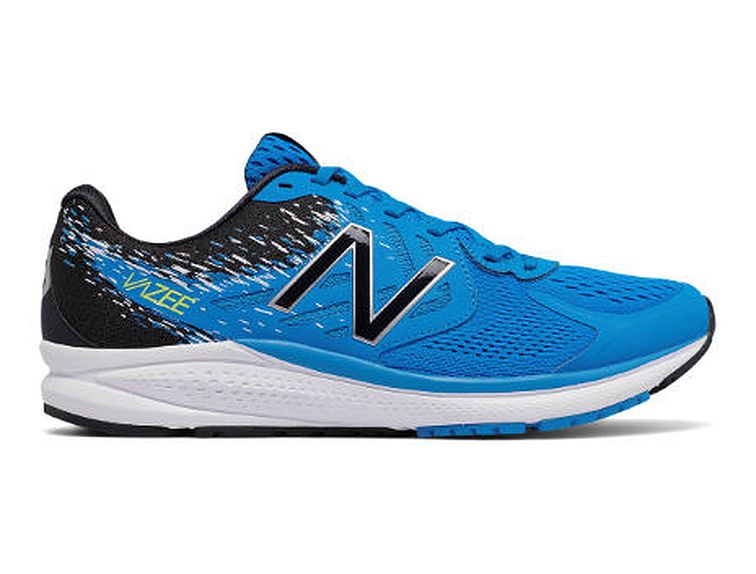 It is striking that Nike currently has only mixed shoes in its catalog but with the Nike Zoom Elite 9 are more covered than one would think because they are very capable of getting to fight with flying shoes without being too demanding. Let’s say you have made a mix between the Nike Zoom Streak 6 and the Nike Zoom Pegasus 34 and from there you can only get a great shoe model like this one. 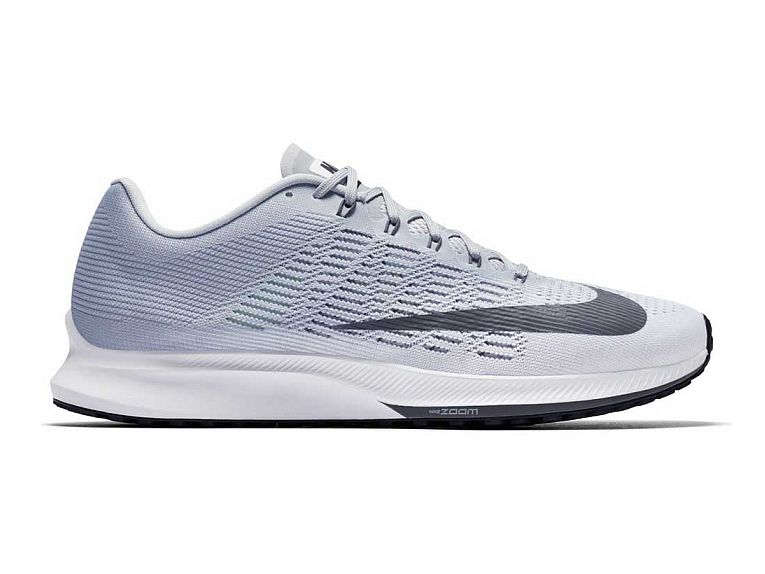 The Saucony Breakthru 4 are not mixed use but behave as such. Nothing radical, can run very fast if you tighten the nuts with the advantage that, if you play get rolling, you can stretch much better than other more purist mixed. I am sure that if Saucony promoted them more they would have much more public and would be seen in many more feet, especially in this latest version that has improved so much. 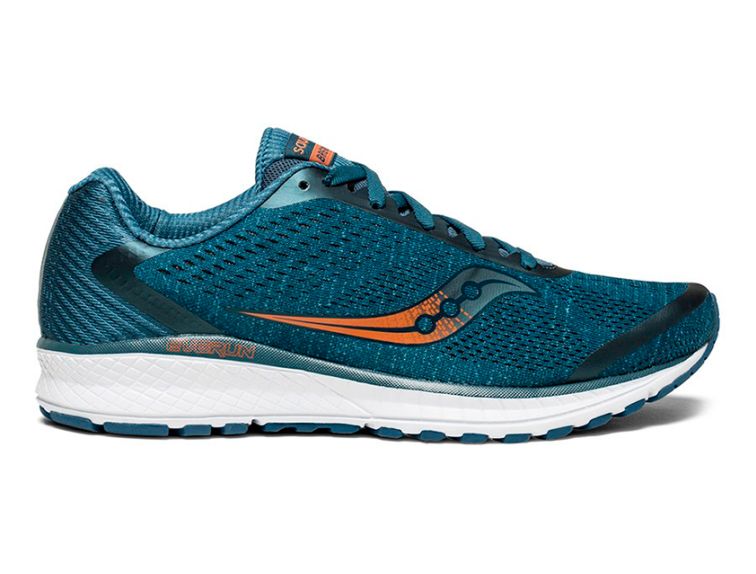 The Skechers GOrun 6 are other shoes that, according to the canons, would not be mixed shoes but if you treat them as such, they do not detract in anything. What’s more, they offer the sale of having a very great flexibility, a very pleasant feeling of damping, you can roll with them long and hard, … Do not be fooled by their appearance of booty because once you are on the road or you will notice it, you will go with slippers that would perfectly pass for “normal”. 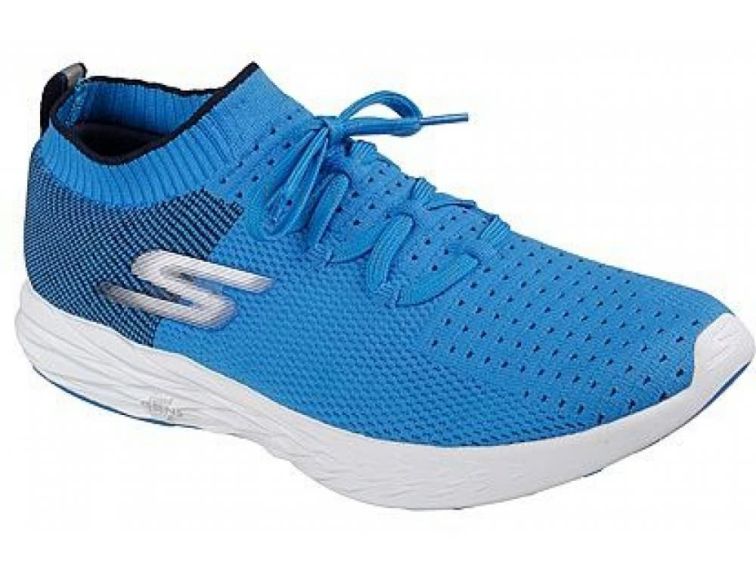 2,975 thoughts on “The best mixed running shoes of the moment”